The trouble with friendly sheep.

This is the problem with having Shetland Sheep. I have been wanting to post updates on some of the ram lambs because it is so interesting (at least to me) how quickly they change physically as well as how much their horn growth changes from week to week. In order to share that information I like to add photos (as you may have noticed my photography skills are much better than my very weak writing skills, so pictures make it easier to figure out what I am talking about), but trying to isolate and photograph one individual in a pasture of Shetland Sheep can be.....a bit of a challenge. They are like a classroom of first graders "pick me! pick me!". So, once again, lots of extreme eye/nose close ups. 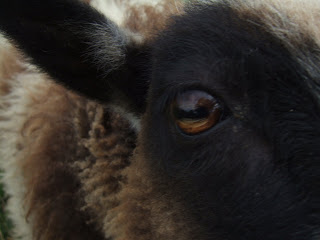 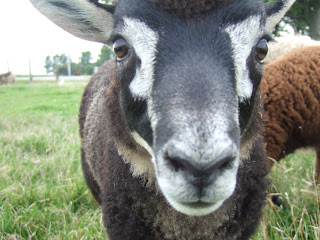 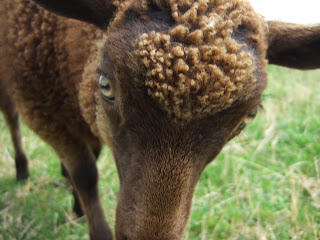 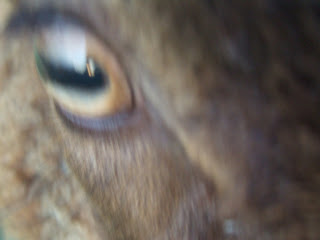 I was able to finally get some pictures of my Gulmoget ram, so far he is looking REALLY nice.

Unfortunately, I can not take credit for this nice ram and his twin sister. Their dam, Thistle Keep Sagebrush Vole was already bred to Underhill Gulliver AI when I bought her from Thistle Keep Farm/Chaparral Shetlands.

I know, I don't need two pictures of his derriere, but he has got such a nice square rear and TINY tail, it is worth a second look, don't ya think? 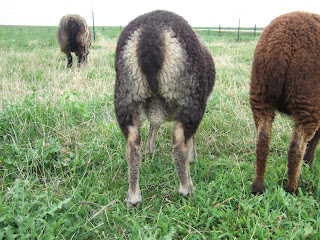 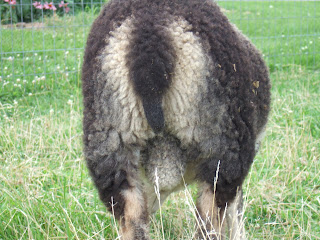 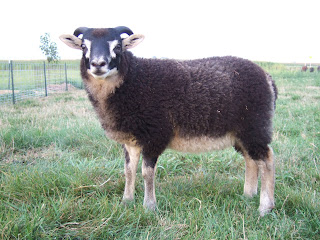 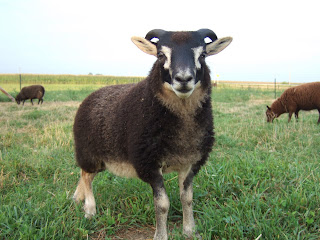 I am keeping my fingers crossed that his horns continue to look good. I have to remind myself that he is a month younger than the other boys so his horns have not grown nearly as much.


I will try to give an update on one or two of the other boys tomorrow....IF the photo op arises.


Little cria " Ande" is doing well.......now. He gave us quite a scare over the weekend. Saturday evening when I went out to feed the sheep and check on the new little fluff butt, I noticed yellow runny stains on his rear legs, and he suddenly seemed very weak. He would get up and walk a few feet and then lay back down and then struggle to get up again. I know how quickly neonates of any species can deteriorate, and he was clearly in trouble. I also know my limitations and I am not nearly as familiar with llamadom as I am with my other creatures, so I called the vet right away ( farm call on a Saturday night =
Posted by Crosswinds Farm at 8/06/2007 08:19:00 PM

That gulmoget ram lamb has the most intense markings I've ever seen! Are you planning on showing anyone at Jefferson?

I am not sure if I will bring anyone TO Jefferson. I just hope that I don't bring someone new HOME with me!

Oh, I am definitely a Lily.

I agree with Nancy; that gully boy has the loudest markings ever. He looks awesome!

I think he's my favorite.

shhh! don't tell the others.

Wow, that gul ram is stunning! You will find that the Dillon genetics are just incredible regarding strong hind ends and tails! I hate to go back to using other bloodlines.