Hey, time! Slow down a little!

I am so far behind on posting to this blog that I don't know where to start to catch up.
I take pictures...thousands of pictures (you probably think that is an exaggeration, but in reality it is an understatement). I upload pictures to the blog, intending to elaborate on them when I have time.....maybe that is the problem. Everything has been moving along so fast this spring that I barely seem to have time to catch my breath.
I took these pictures of my apple blossoms just a few weeks ago hoping to totally weasel out of my blogging duties and post them for a "Wordless Wednesday", which, by the way, is a busy blogger's dream; stick a bunch of pretty pictures on your blog and say absolutely nothing about them and still be able to say that you posted for the day. But, then again, for those of you who have met me, you know that 'wordless' and I generally do not go hand in hand. 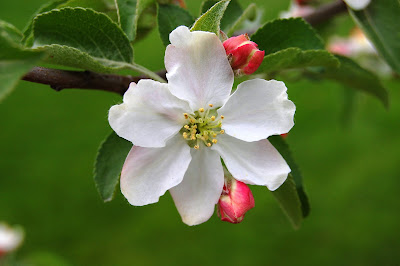 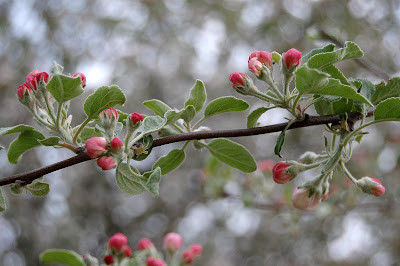 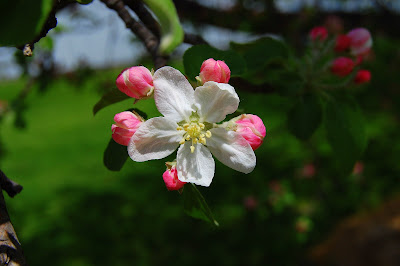 I was just getting around to posting the blossom photos when I realized that, since those photos were taken.......... 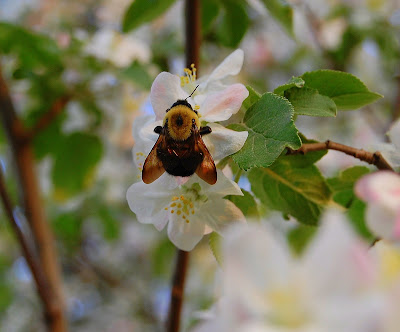 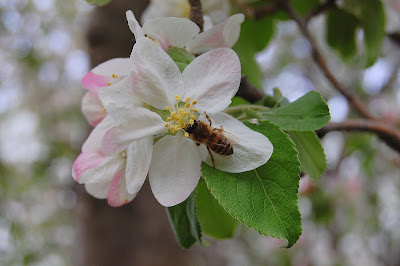 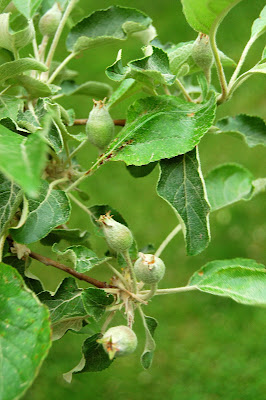 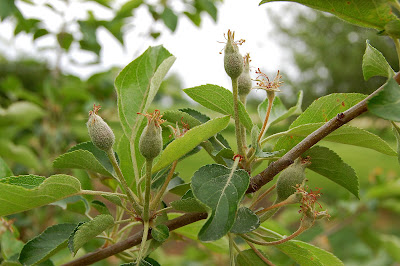 Boy, I really need to catch up! 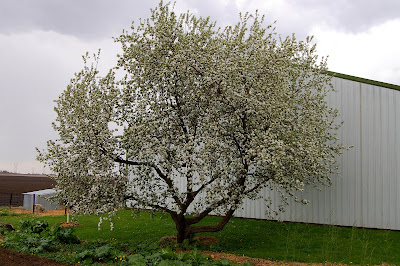 We have several apple trees on the property and, although we have planted a couple of new ones, most of them were here when we moved in. At one time I am sure that the previous owners of this property took great pride in their trees and gardens, but as the couple became advanced in years they were unable to care for the trees any longer and they became quite neglected.

This tree is the oldest and largest apple tree on the property. Many times, when we have visitors they immediately comment, "You should cut that tree down and plant a new one". I don't get that. I love this tree. True, it has been around since the dawn of time, and it may not be as aesthetically pleasing as some of it's more youthful counterparts. We have pruned, trimmed and tried to reshape it to make it more healthy over time. It's shape is wild and free and hardly would fit in at a modern orchard, and it's limbs are weary from years of bearing the weight of it's own fruits. But, this old tree gifts me every year with a profusion of blossoms so fragrant that you can almost taste them in the breeze, followed by an overabundance of sweet tangy apples that fill our freezer and table until the next season's harvest. Call me sentimental, but this tree won't be going anywhere until it falls over and tells me that it has had enough. 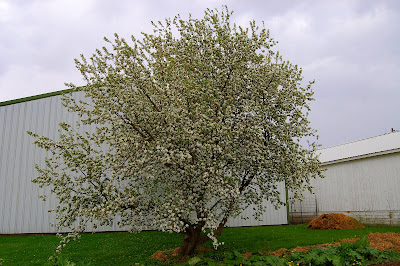 Back to the matter of time slipping away. I have been taking pictures of the lambs to post here, and by the time I am ready to blog them, they are outdated.

Here is a photo of Magnus taken just two weeks ago. 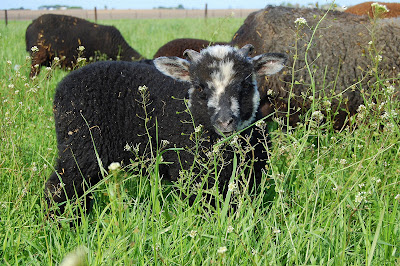 And this was taken yesterday. Look at the changes in his horns alone! 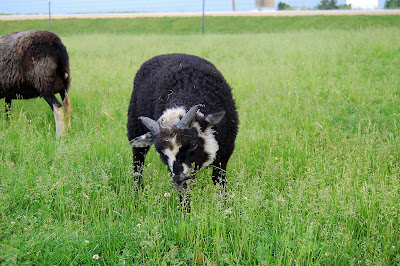 I am working on a lamb update post....along with a bunch of other stuff. I WILL get something else posted tomorrow!!! If I have time.

That is an amazingly beautiful apple tree! We planted some apple trees last year in the spring and this spring they flowered and have some apples coming on now! I am excited beyond belief about this little achievement! But my little trees are hardly taller than me. Yours is just marvelous! I have apple tree envy!

Love, love, love the lamb shots. All of them! Can't wait to visit some of them in person!

beautiful blossom shots! cool that you caught mr bee doing his thing
adorable sheep pics
and awesome apple tree
who would cut that down! I have apple tree envy too :)

where do you store all of your pictures?

Love the apple tree, a long long time ago there was a orchard on our property and we still have one tree that blooms every year, no apples though, but we won't take it down, it needs to fall down on its own.

I'm so proud of you for keeping that magnificent tree! I love trees - the older, the better. Strange shapes just tell wonderful stories. Your little lamb's horns sure sprouted fast!!