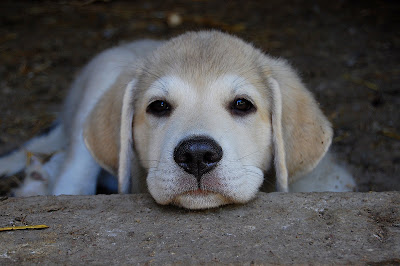 Don't worry, I didn't get all crazy with empty nest syndrome and get a new puppy and a pig. These both belong to my friend Chanin, but they were so cute I had to share. 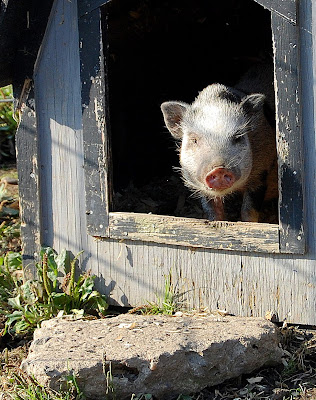 Today Carl Sagan (the ram lamb, not the man) and Titan left for their new home. 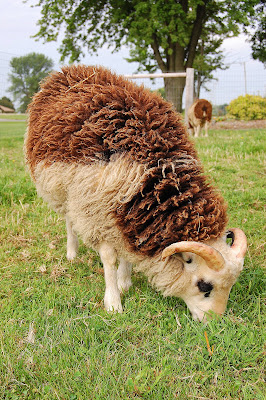 Sagan is going to be a flock sire...which, if you read my last post, you know will make him very happy. Titan (minus a couple of body parts) will be a companion sheepie.....I am not sure that Titan will be as happy with his lot in life as Sagan will be with his, but he couldn't ask for a better home or a nicer family to live with. Thanks Janna, Jim and Connor! 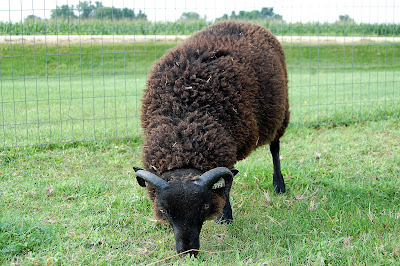 I wanted to do an update on some of the chicks that were raised by foster mothers earlier this summer, so I set out to take some pictures this afternoon after the rammy lambies were safely on their way. When I was in the chicken barn, I heard a little peep coming from up above my head and when I looked up, I was surprised to see that the barn swallows that I was so worried about during the infamous "skunk incident" had, after several unsuccessful attempts, finally been able to hatch out a brood of babies. 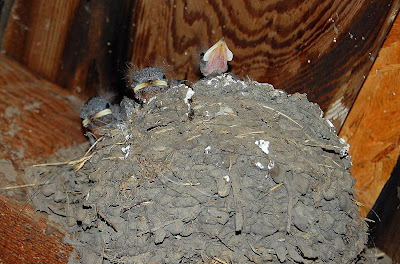 And, apparently, they thought that I was going to feed them. It looks like there are three in the nest, so hopefully they will all make it to adulthood. 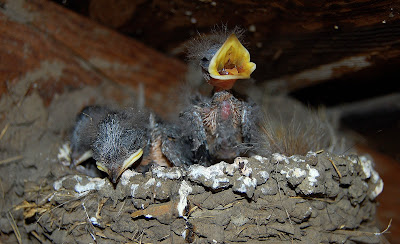 As for the chicks, the Mille Fleur Leghorn chicks (the first chicks that pawned off on an unsuspecting hen so that she would raise them for me), have been off on their own and incredibly independent for quite some time......so independent, in fact, that I can barely catch the little boogers! They do come into the coop at night, but otherwise they roam the property and are pretty darn wild.....note to self- Don't get any more chicks with "Leghorn" in the name. 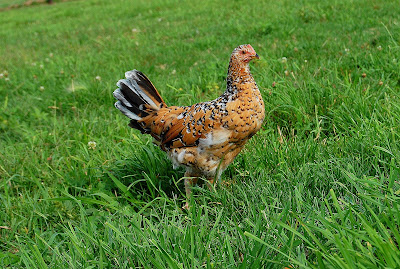 The later batch of chicks still rely quite heavily on their adoptive mother for protection and security. I must say that their mama, Black Chicken, does an awesome job at protecting them. She strikes fear into the hearts of any and all chickens that so much as give her babies a sideways glance. I am not sure how much longer she will tend to them, they are getting nearly as large as she is! 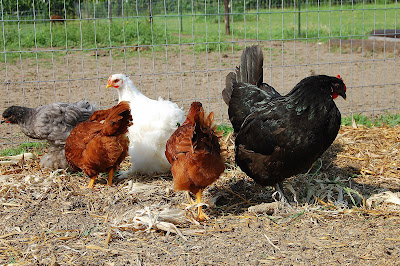 The Barred Rock chick is getting some really nice plumage....and unfortunately, is looking a bit masculine. 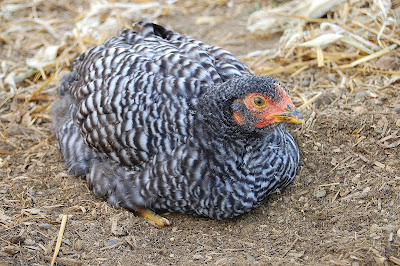 My favorites are still the Blue Cochins. This is the little pullet (female) chick. I love the lacing on her feathers. 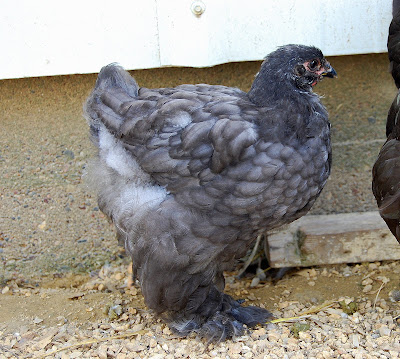 This one is going to be a little rooster, I don't normally keep roosters, but seriously, how cute is he??? 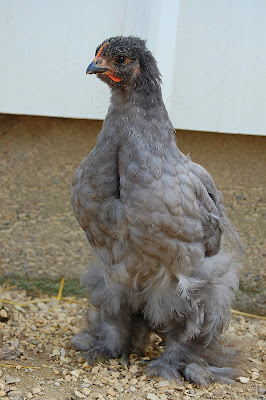 And look...bunny bum??? No, it's the little rooster's tushie. 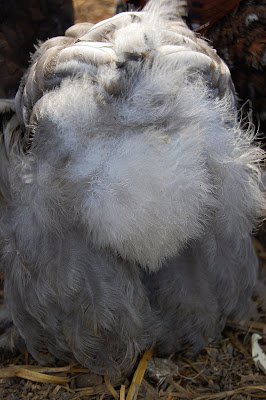 lol--you crack me up!
GREAT pics as always...you do have a thing for animal tushies :)

the pup is SO CUTE!!
is this chanin, my goat girl? (ch bambi is doing awesome btw)
cute pig too...i keep thinking we need a pig...but i want a full sized farm one i can save from slaughter...seems rational..right?

love your chicken pics...you do probably need more :)
i think you should start a rooster pen...i have some for you
leghorns are pretty...even if a bit crazy
your little rooster is a cutie
so sweet about your protective hen!
i hope to watch mine brood some chicks some day!
we just put straw in their nesting boxes yeterday...some day... :)

OOOOOOOOO ~ I think I need a Blue Cochin. HEN!

Your chickens are lovely! And I don't think your barn swallows need to worry about going hungry - no mother bird could possibly miss that bright yellow target!!

LOL I love the rooster tushie picture. It's a shame the Barred Rock looks like a rooster, I think they are a lovely breed. The Blue Cochin look wonderful though, what great looking chicken.

I totally, totally support you in your quest for more chicks. I am right there for you. Anybody who tries to judge you better watch out!!

I keep most of my bantie roosters too. They are the cutest!

I forgot to tell you I really like your new header photo!

I love rooster bums. And I completely understand your need for more chicks. We all need them. Some of us just don't realize it.

Remember the one blue cochin you were able to confiscate for me? She's all white. Did you end up with all blues?