Oh, I am SOOOO going to get in trouble for this!

Our son Justin is 24 today, he generally is not a big birthday celebration kind of guy, so I will try not to embarrass him too much-HA! Given the fact that I am not a large woman, and he weighed 9lbs. 4oz. at birth, he owes me this indulgence! 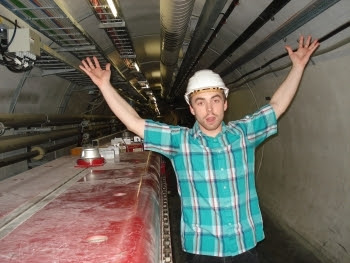 
We are very proud of Justin, but most of the time we don't know what he is talking about. He is a physics grad student at the University of Iowa and a teaching assistant in the physics department. Sometimes he "dumbs down" explanations of his projects for us in hopes that we will grasp some of his physicsy jargon, but we still stare blankly at him and pretend that we understand...he doesn't laugh...that is a good son. This picture was taken while he was working at CERN near Geneva, Switzerland, it is the world's largest particle physics lab.


Among his other many interests, Justin is also an accomplished "chicken whisperer" and friend to white chicken. 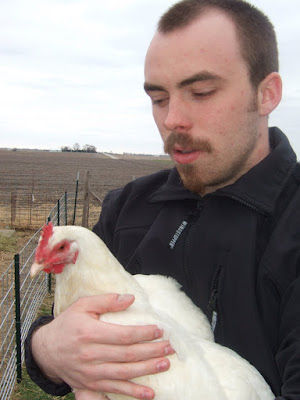 Justin is a very well rounded young man. Here we see him honing his skills as a circus performer/parade Shriner. We had just taken off the training wheels for this photo. Good job, Justin! 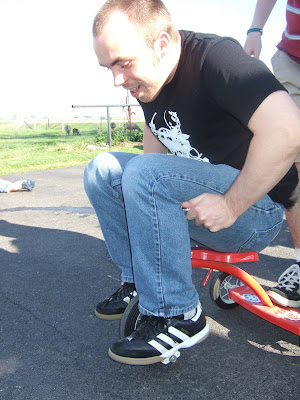 Anyway....Happy Birthday Justin!!! You can't be too mad at me, after all, I didn't post any silly baby photos of you, ( I wouldn't want to embarrass you, would I ?).

Don't worry Nicole your birthday is just around the corner :).

Email ThisBlogThis!Share to TwitterShare to FacebookShare to Pinterest
Labels: Family

I'm also counting on him building me some kind of space/timeportal system. Then I can just 'port' myself to the store, and skip the freezing car.

He's a great kid.
There is a lot of grandpa Chappie in him.
TP