I am here! I haven't been swept away with the flooding. Maybe you've heard, we are having a little bit of trouble with precipitation here in Iowa, so there has been nothing but rain and water to blog about. I don't want to make light of the situation, but I figured that there has been enough about the flooding on the news. So lookie here! Blue sky and sunshine today! We finally had a beautiful day and now the weather guessers are telling us that it will be sunny and dry for most of the week. 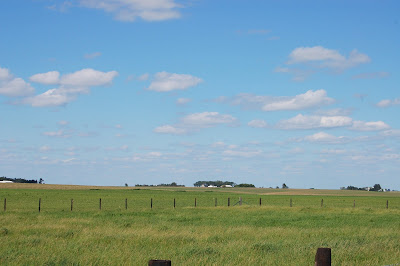 As an added bonus, my neighbor/fencer/friend was able to get the extra pasture for the ewes fenced...granted the post holes filled up with water as fast as he dug them, but he got it done and the ewes and lambs got out in the long, fresh grass for a limited time today. Really long grass. Really. Long. Who would have thought, if it rains an inch, or three, or five a day, for.... umpteen days, the grass grows really well. 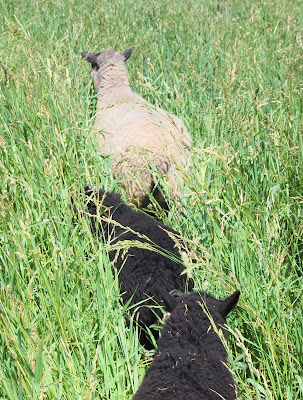 Here is Willow with her boys trying to stay close enough to not lose sight of each other. 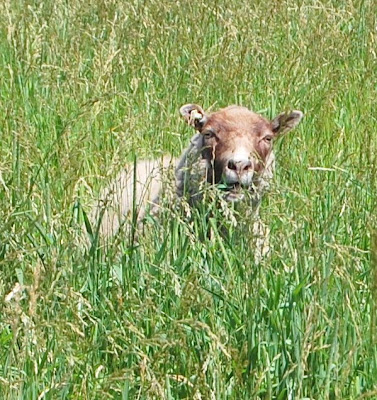 I think that we have discussed this before, but does anyone think that Sage really needs to be ear deep in food? Anyone?? 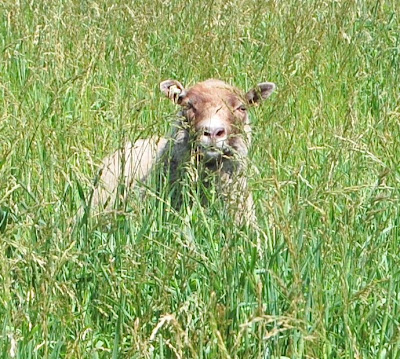 Ande was the last one to test out the new pasture. At first he just stood there watching the sheep and Mama Llama grazing on the lush pasture, nervously humming for his mother to come back, and then pacing along the fence line. It seems as though Ande was afraid to venture out where he could not see his feet. After reassuring him that he was not going to be swallowed up by the invisible pasture gnomes, and that his feet would not disappear if he couldn't see them, I coaxed him out into the grass. It didn't take him long to decide that this was a great new place to play. Unfortunately Isabella was chosen as his playmate for his "chase the sheep with the longest tail" game, and she was not a willing participant, although she does have the longest tail. Look at that thing! 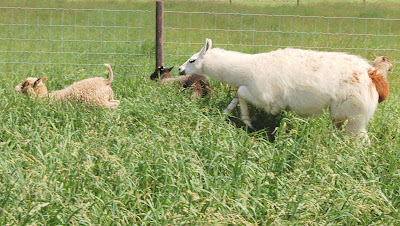 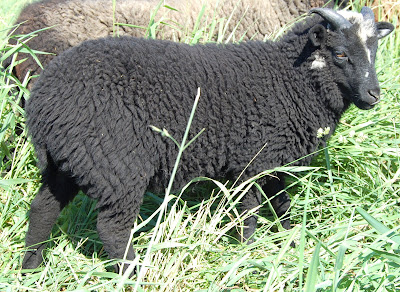 Ram lamb ( soon to be wether) Oliver. He has yummy fleece like his dam. He and Briannah, pictured below, have been reserved and are going to live in Missouri. Briannah is beautiful, she is also super sweet and friendly. It will be hard to see them go, but I know they will have a good home. 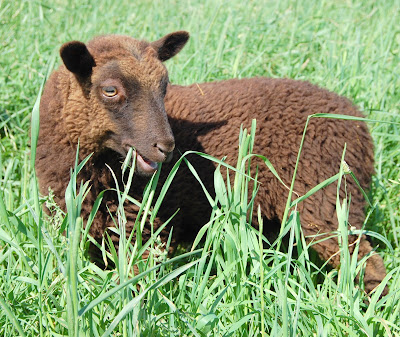 Below is Aleena, Daisy's ewe lamb. 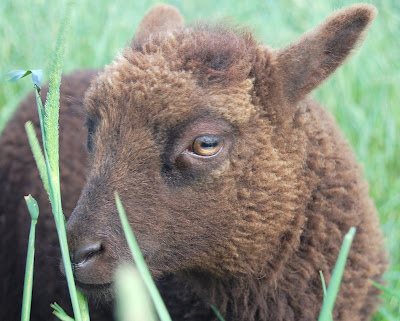 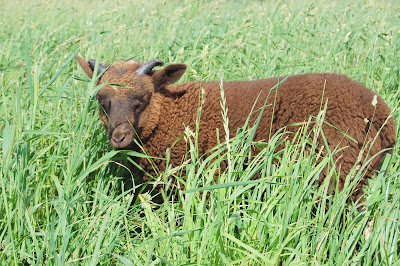 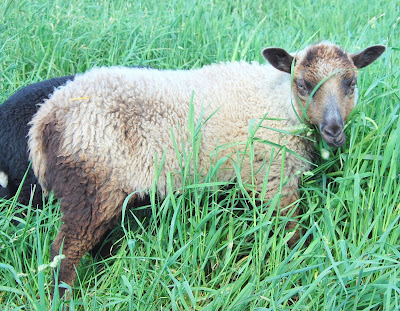 Below is Sophia. She is a yearling ewe out of Sage (she is less portly than her mom). She was my first solid Moorit (brown) lamb last year, now I have more brown lambs than I know what to do with! 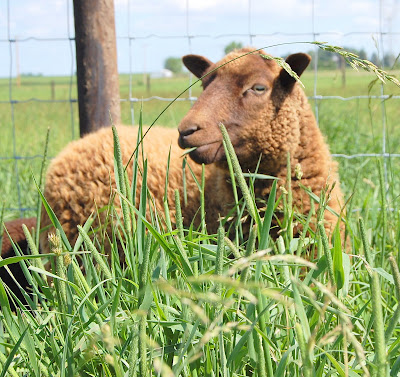 Lovey's ewe lamb Guinevere. I love her dark brown coloring. Her tail is not the best, but otherwise she has very nice conformation. 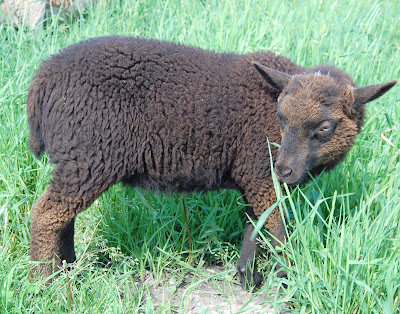 Those were the only sheepies that I could get a picture of today, so that's a quick update.

Stuff I might elaborate on later: We have 6 cats in our house right now........kids live in Iowa City...apartment not really accessible right now (another Iowa water thing)...the kids' cats come to mom and dad's to stay until... I guess until they open the interstate again. Fun! The kids are quite safe by the way :).

Ande has the right idea...one should never lose sight of one's feet.