I know that you have all been patiently watching the lamb countdown gadget as the days ticked down until the first lambs were due, eagerly awaiting the day when I would post pictures of bouncing little lambies .........well...me too. I guess I should have made the ewes watch the countdown, 'cause I have no lambs yet : (.


The girls are getting bigger. 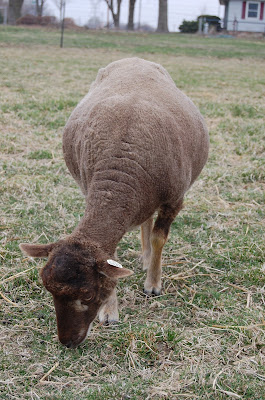 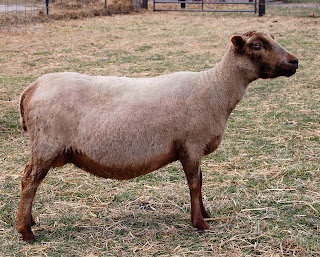 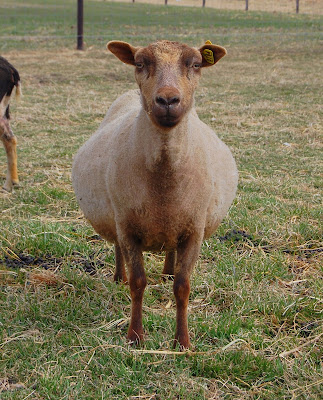 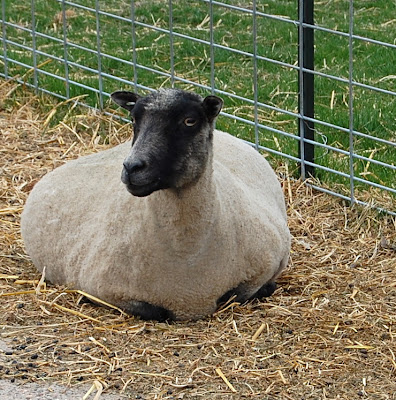 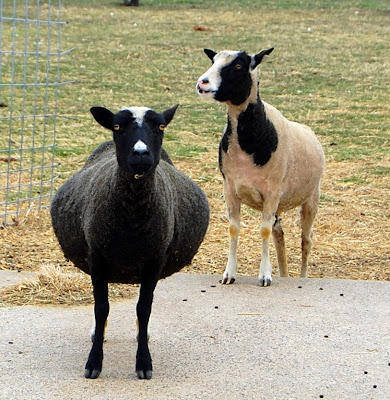 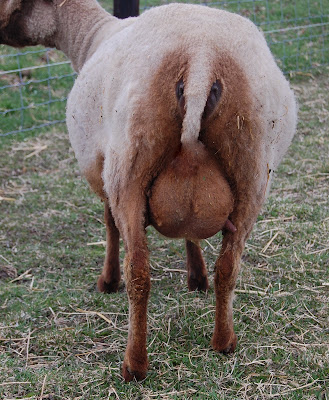 And like most pregnant creatures, the girls are getting juuuust a little...shall we say...cranky. 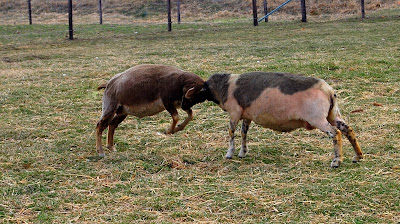 I guess they are as impatient as we are.


There are, however, a few new babies on the farm.
Last weekend we went to one of our favorite flea markets about an hour and a half away from here. We always try to get there early- before the "good stuff"  is gone.
Yup,  kinda early. 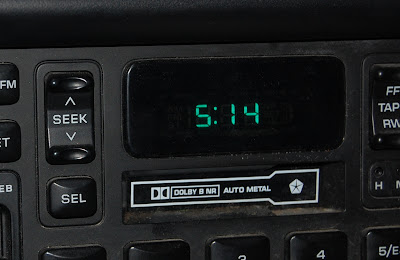 Do we really need to be going to a flea market before the crack of dawn? 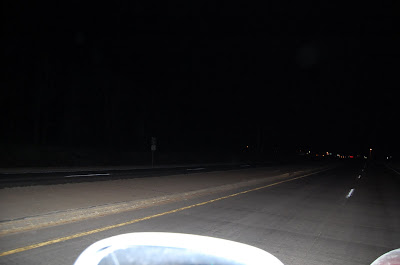 Probably not, but then we would miss the beautiful sunrise. 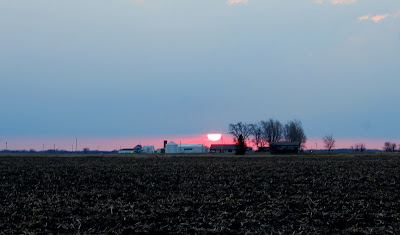 And we would miss the "good" stuff at the market....

This is not the "good" stuff. 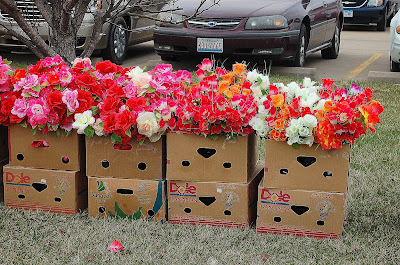 Still NOT the good stuff. 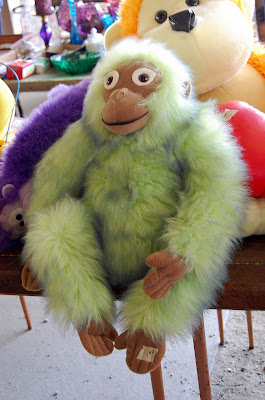 I am pretty sure that "Spidey" isn't the good stuff either. 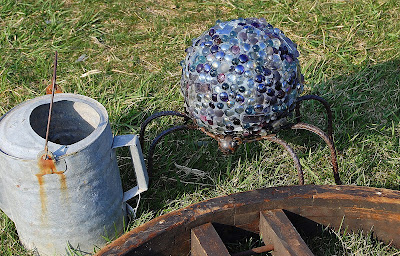 Then I saw something that definitely was the "good stuff"...at least to me. There was an antique wooden butter churn sitting toward the back of a booth with a few other goodies. 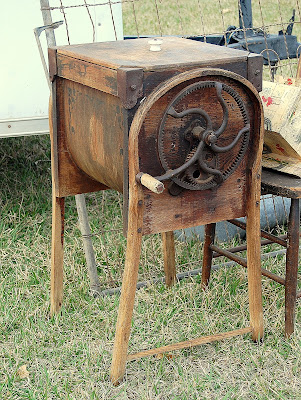 I loved the faded details and bent wood legs. 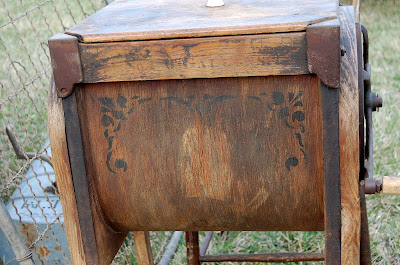 Unfortunately, when I asked the vendor about it, he said that it had already been sold. Stupidly, I asked him how much he sold it for..."$40" was his answer. FORTY DOLLARS???? I was really disappointed because I would have totally bought that bad boy for $40. Even more disappointing; I later tortured myself further by looking up some information about the churn, and  found that it was actually worth several times what he sold it for....not that I care about what it is worth monetarily, but now I know that if I ever find one again...it's not going to be $40.
So, we moved on to other things.
Take a guess at what I found. No, really, you can't possibly guess.
I found.....
Chickens!
Don't worry, I only got a few. There are only a couple hatcheries that I trust to have healthy stock at this market, and it is still pretty early in the season, so many of the usual hatcheries were not there vending.
I did find three Blue Copper Marans. 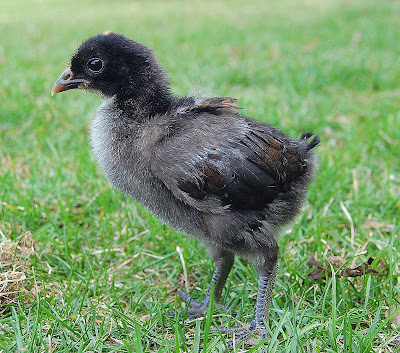 And a couple of Welsummers. 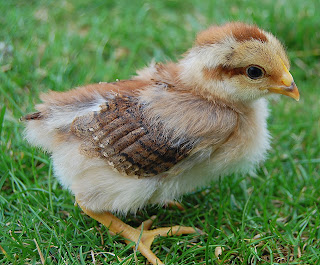 I just about had the new chicks settled in back at home when my friend Chanin sent me an email saying that she had three extra Blue Laced Red Wyandotte chicks from a hatchery order- for me! Since she has been a victim....errr....recipient of my Chicken Math many times, it was only polite for me to accept her gracious gift. 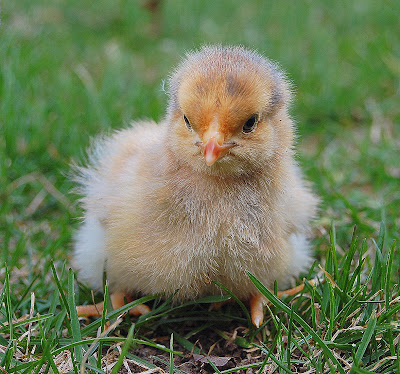 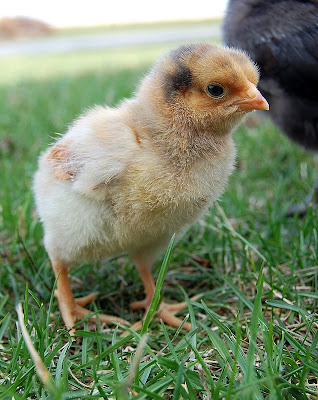 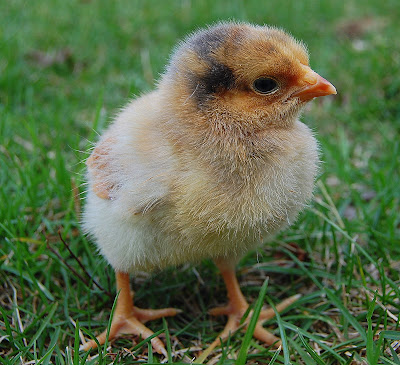 The chicks are adorable. Those girls are looking rather miserable. Maybe they'll jolt someone into labor with that crankiness!

Hey are those MY babies?

Those sheep look about as pleased as I was when I was pregnant with my first born. I ended up two weeks overdue (back then they didn't get excited and induce like they do now days).

your girls look wonderfully fit and healthy! don't forget ~ i get first dibs on a fine fleeced HST ram lamb...

you really are a chick addict. i've got 5 newly hatched BLRW in the incubator and a few more eggs to go. there are two more batches already incubating for the next clutches! don't you just love this time of year?

Welcome to the "Overdue Ewe" club! Mine went five days over; it was TORTURE. Cute chicks, though!

I don't know nothing about birthin no babies, but I am kind of surprised that they would induce labor after two extra weeks. What if they counted wrong... What if the kid is in there making a quilt and hasn't finished yet...

Sorry you missed the butter churn- that would have made me sick too.

That moorit Gully girls is a beauty!

Those girls are looking huge, I'm looking forward to your posts when they finally lamb. Cute chick photos, everytime I come to your blog I realize how desparately I need a new camera! Your photos are wonderful.
Oh, and what a bummer about missing out on that butter churn!

I know i have said this before..But your girls are so pretty. Lambs will be bouncing around before you know it.

Probably the babies are already frolicking in the 2 battling moms!

The chicks are really cute - glad you have something to watch while you wait!

You will get a lamb explosion much like what I just experienced. I had the due dates at (possibly) March 19th, so I had quite a wait too.