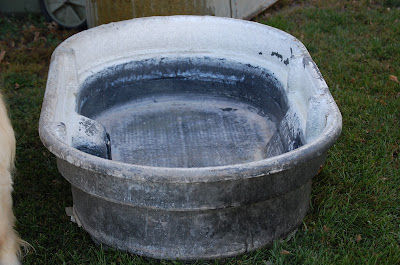 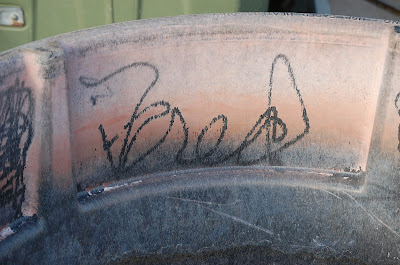 Your father-in-law is funny!!!! :) That sounds like something my hubby and son would do!!!

But I bet you're secretly upset that you didn't think of it first.
Judy

Is that actual concrete you're trying to power wash off?

Hi Karen Anne,
They only used the tanks for soaking the sculptures before finishing them. The residue is like a thin coating of plaster that comes off pretty easily with the power washer. One of my friends works at the company that makes the statues, so I called her to be sure that there were no chemicals used in the tanks :).

funny story! and knowing your darling husband, not so surprising! the apple didn't fall far from the tree with regard to mischief.

You are wise beyond your years! :-)

Wand? Well, I guess that's another name for it. :)