You may have noticed that the 'Lamb Watch' gadget on my blog is up and running again....guess what that means? It's that time of year again. Romance is in the air at Crosswinds Farm, and the 2012 lambs will be here in about 5 months.

I normally put the rams in with the ewes right around Thanksgiving time, and for some reason, I was thinking that I still had a while before we would be playing the Sheep Dating Game, but as I was looking at the calendar last week, it occurred to me that it IS Thanksgiving time and I needed to get sheep moved around....I have no idea where the year went, but here we are!

The sheep certainly didn't forget what time of year it is though. There have been lots of lustful gazes going back and forth across the pastures. 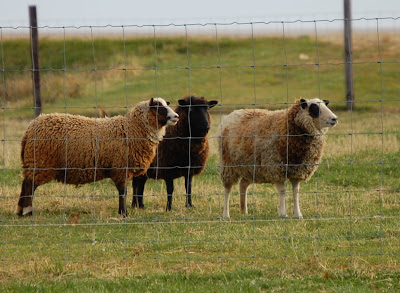 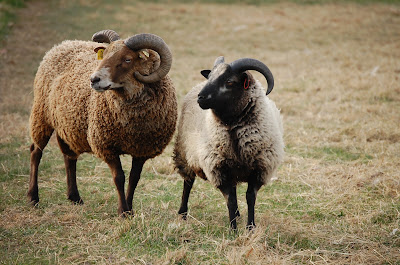 The boys have been waiting patiently to meet their dates....OK, maybe not SOoo patiently. 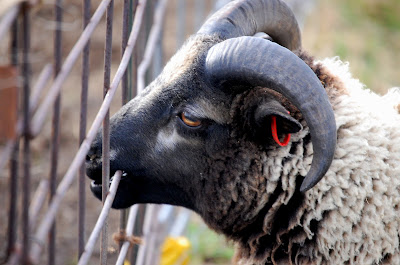 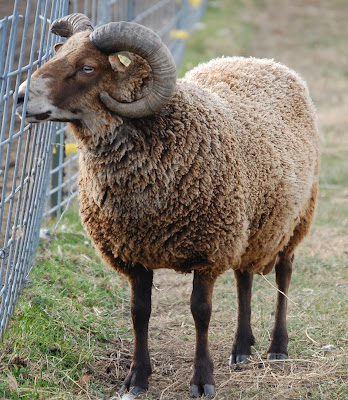 And there has been A LOT of unlady-like behavior from the girls. 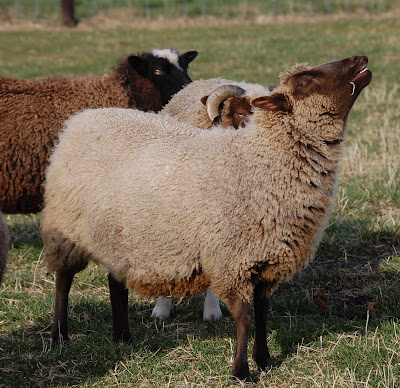 " I smell boys!"
Even the ewes that are normally the best of friends have been acting like guests on The Jerry Springer Show. 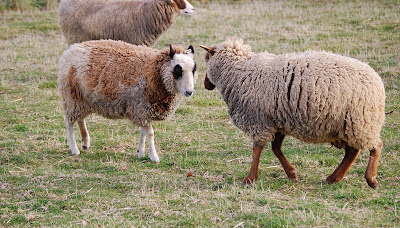 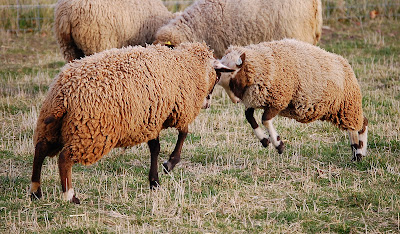 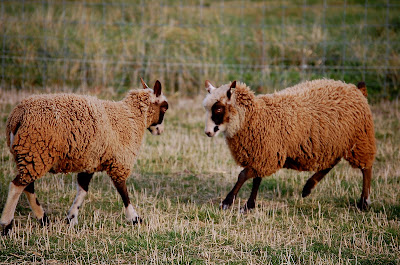 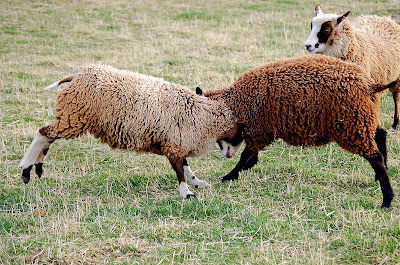 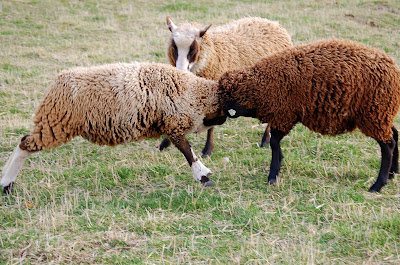 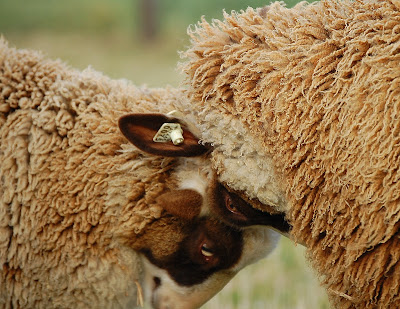 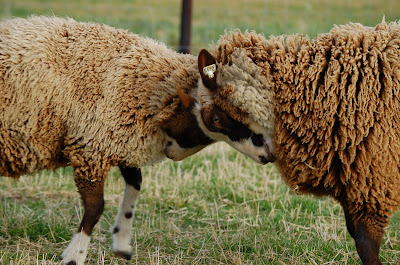 Have you noticed a common denominator...or, I should say, common dominate-r, in most of these photos? 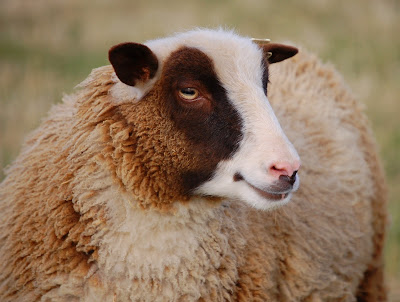 Awwww, it couldn't be sweet little Athena, could it? 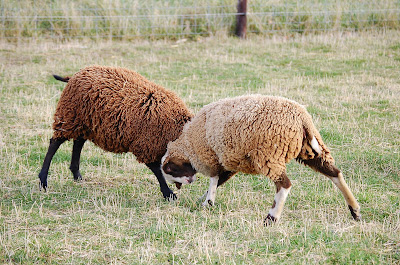 Yeah, I'm not gonna lie, it's totally her. She may be the smallest ewe, but what she lacks in stature, she makes up for it in attitude.
The rams and ewes were put together in two groups last Sunday, putting an end to all the fighting. Little Miss Athena and Lucina ( the black ewe lamb) are safely tucked away in a pen to protect their virtue; they are way too little to breed. I can't promise that there will be no fighting in that pen though, 'cause, well....Athena is in there.
Mama Llama is just happy that things have settled down....
She was getting a little stressed with all the fighting. 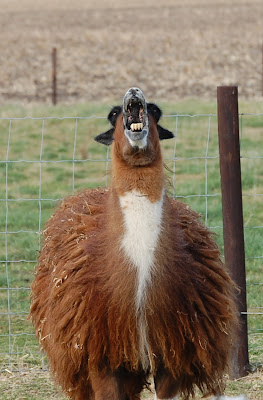 Ok, so do I get any kind of dibs on lambs this year? I mean, if we get them early enough, they'll be small enough to pack into a box and send to NYC, right??? :D

Thank you very much for those impressions. Wonderful pictures and comments.

Hormones are evil. Glad the llama is no longer stressed. I won't mix my goats until the first of the year so they kid after school is out when I'm home. I can't wait to see all your cute lambs.

LOL, that last photo is priceless!!! I love it. The boys chewing on the fence is good, too.

Fantastic photos! I really did laugh out loud at Athena's antics! Hope they are behaving themselves now ;o)

Your girls are gorgeous Corrine!
And your "make it stop" photo is hilarious!