The good, the bad, and the obese

Let's get the bad over with first.
I have 7 older chickens that have free range of the property all the time, not because I am showing any kind of favoritism to them, the truth is they are the barnyard bitties and can not get along with any of the other chickens well enough to be confined with them without dire consequences. They are all part of White Chicken's posse and they strike fear in the hearts of any other chicken that crosses their path.
This morning when I went out to do chores, I noticed something towards the front of the property and upon investigating was sickened to find a pile of feathers from my Golden laced Wyandotte (Doozy).....a lot of feathers, and then later discovered that something had gotten her either last evening after we came in, or very early this morning. Even though she was a crabby old hen, I still had kind of a soft spot for the old girl. She was one of the chicks that my daughter, Nicole, picked out the first time we ordered chicks, and I must say she was probably my prettiest hen. I am now very worried that whatever tried to make off with her last night will come back looking for another easy target. So for now, White Chicken and her posse will have a much more restricted run of the place, and sadly, I will have one less pretty chicken in the barnyard.
The llamas are in with the sheep and are very protective of them, so I am not as concerned about the lambs, but I am going to keep a close eye on everyone until I can figure out what did away with our little friend. 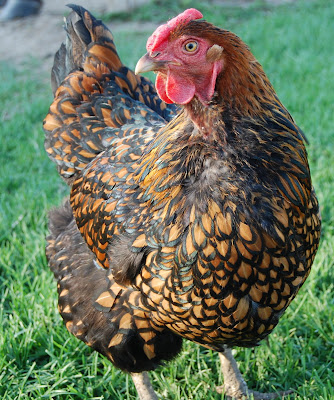 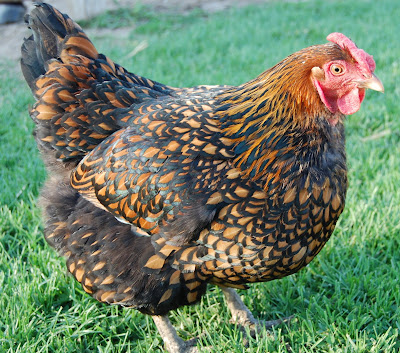 Let's move on to happier subject matter. Some of my flowers are finally in bloom. 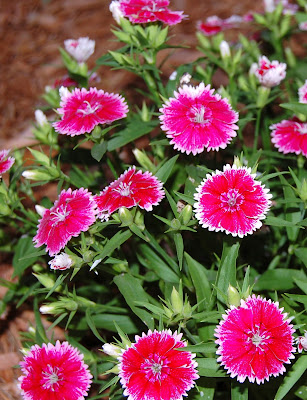 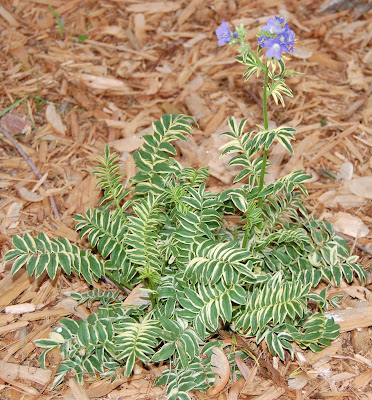 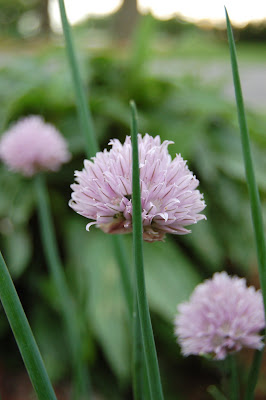 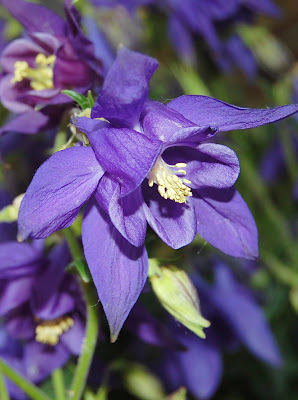 Columbine
In sheepy news,
Some of you may be wondering..hey, wasn't there one more ewe that was due to lamb?
The answer to that was, yes, yes there was. Sage was to be my last expectant mother. She literally was bred the morning that I was taking rent-a-ram out of the pasture to bring him back to Wisconsin, I guess one last fling before he headed home. I wasn't sure if she had settled or not, but she seemed to be progressing along and would be due a month later than the rest of the girls. I noticed a couple of weeks before her due date of May 31st, that she didn't seem to have any signs of getting closer to delivering, except for her ever burgeoning girth. A week before her due date there was still no bag, no other indications. By now I was getting pretty suspicious that something was amiss. Her due date came, no swelling, no bag, just one enormous belly!
It was all becoming clear to me. Sage had certainly been eating for 3 (cows), she is one of my biggest ewes and has always been pushy at feeding time. I have been giving the girls all extra grain in a community feed pan while they are nursing their lambs and Sage has been taking full advantage of the situation. It would seem as though Sage has been dominating the feed pan, taking her share, and then some, and then some more, and scavenging every little crumb that might be left behind.
This picture might explain where my confusion came in. 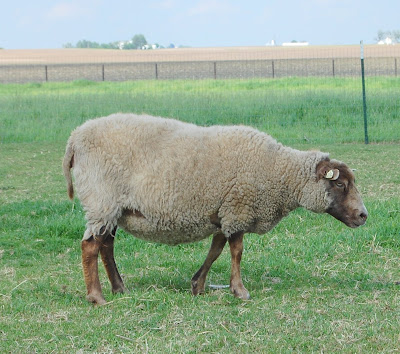 Why do all of your animals get fat?

Justin, Somehow I knew you were going to say that!

I am so glad you posted that picture of the Jacobs Ladder. My husband and I have one in our garden and have been debating if it was intentionally planted by former owners or a really pretty weed! LOL

Omg...that variegated Jacobs Ladder is GORGEOUS! And yeah, I have some ewes that need a diet too...don't feel bad :)

I'm sorry you lost your beautiful golden wyondotte hen. What a pretty chicken! I used to have one as well and she layed nice, big, brown eggs.

I think I like the Columbine best ~ what a beautiful flower!

Kara, I am glad that I was able to help you with your "weed" identification! LOL
Thanks Rayna, I am glad that I am not the only one with chubby ewes :).
Nancy,
Okay,Okay, I win the fat ewe contest.....and I don't even feed animal cookies :(.

Sorry to hear about your hen. It is always distressing when that happens, and then you worry about what kind of varmint it was.

That is too funny about Sage. I know it's probably dissapointing not to get lambs though. I have a couple of 'big white sheep' who got enormous over the winter. All they did was waddle around and eat hay. When I reduced grain you would have thought I was starving them to death!

My husband gained a little sympathy weight while I was pregnant last year. Perhaps Sage was just trying to be supportive of her sisters in the barnyard and ended up putting on some sympathy weight of her own.

Tammy, I am not all that dissapointed about her not lambing. She would have had moorit or musket lambs and I am up to my eyeballs in those this year!
Lisa, Thanks for giving miss Sage the benefit of the doubt...but I am pretty sure it was just sheer gluttony!