And today for your cuteness fix, we have Menemsha's lambs.
Menemsha had a ewe lamb, and a ram lamb this morning at 8 o'clock. Thank-you Menemsha for not going into labor in the middle of the night...although it wouldn't have mattered, because this crazy shepherd still got up at several god-forsaken hours of the night to poke around the barn anyway.
The ewe lamb was first-born and is quite a bit larger than her twin, but both are healthy and thriving. Both lambs are mioget in color.
This is the ewe lamb. 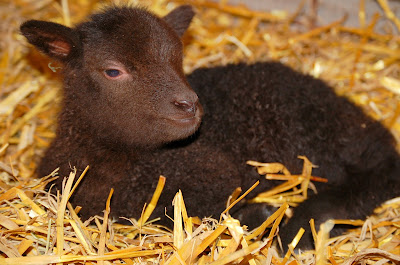 Her birth-coat is nice, but not super- impressive right now. I have learned to be patient over the years though, because lambs change so much in their first year, and it is impossible to determine at this age how they will turn out in the long run. 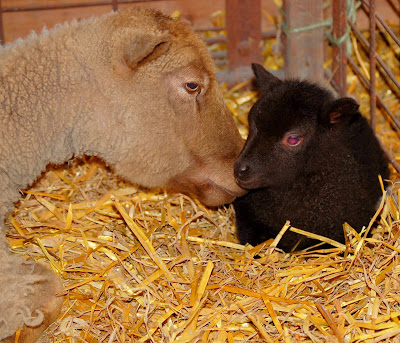 This is the ram lamb. His birth-coat looks fantastic at this point.....time will tell. 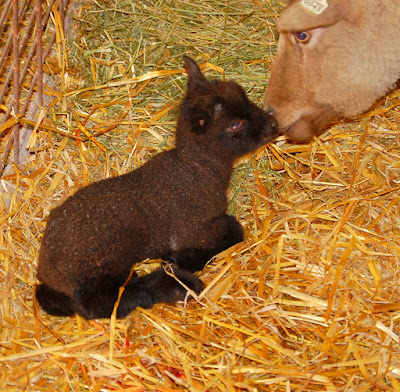 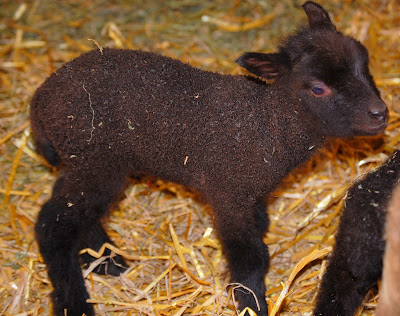 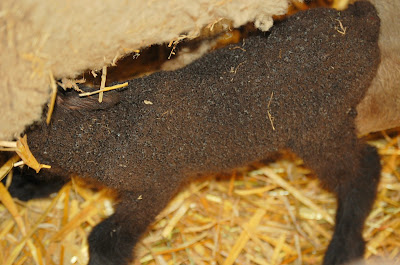 It's really hard to get good photos of these little guys when they are still in the lambing jugs. They rarely stay still, and when they do it is usually because they are nursing.....in which case I get a lot of rear-end photos.

Laurel's boy. All dried off now and full of himself! He knows he's pretty. 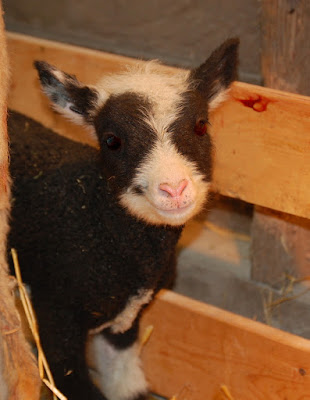 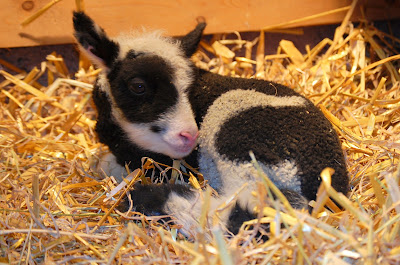 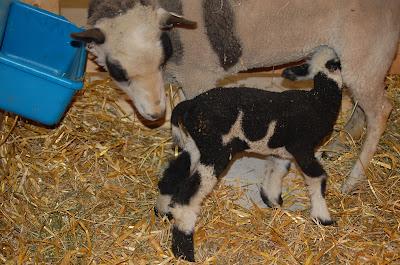 I have a couple of ewes that I was SURE would lamb today. While I was tending to Menemsha this morning, there were two other girls grinding their teeth and pawing half-heartedly at the bedding as if they were starting early labor.


These are the two suspects. I am not sure WHY I think they should lamb soon.......
Holly's glamour shots
..Cause full-figured girls are pretty too! 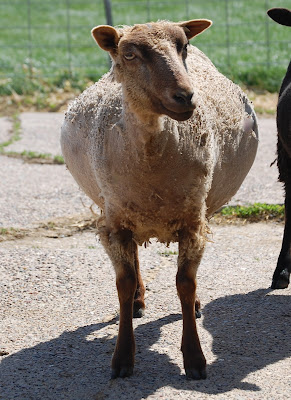 Holly was bred to Avyt, so I know she will have brown-based lambs, probably katmoget pattern, like herself. She carries spots, so paired with spotted Avyt there is a slight possibility that I may get something spotted...being that she looks like there are 14 lambs in there, I guess that would up the odds considerably. 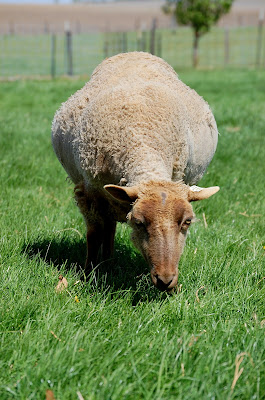 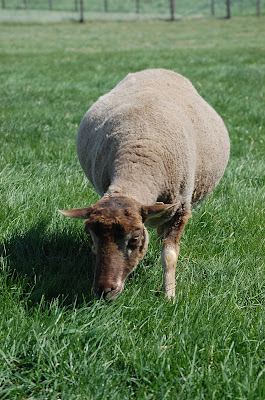 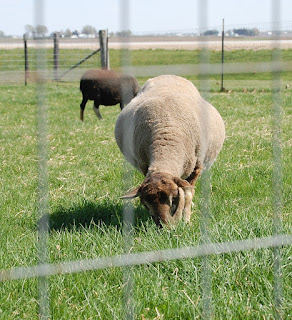 .....Sorry, Halley, no amount of rubbing on the gate is going to make that belly disappear! 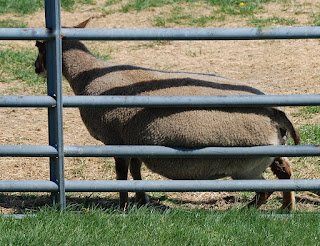 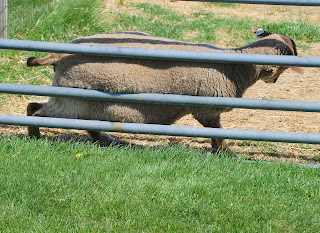 Halley is bred to WhitePine Nessie's Monster Mash...yeah, we just call him M&M.

He is katmoget pattern, she is gulmoget, both possibly carry spots, she is brown-based, he is black based, so there are lots of wackadoodle combinations that could happen here....should be interesting!

Of course, since I pointed out these two girls, it will most certainly be someone all together different that lambs next...what do I know?

Forgive me if future posts are less coherent than my normal nonsensical babble.....I'm already over-tired and lambing has barely begun.
Stay tuned....
Posted by Crosswinds Farm at 4/10/2012 07:16:00 PM

Oh. cuteness. overload! That little ram lamb from the other day is *smiling*, WITH a dimple. I just want to drive three hours to your farm and snuggle him. :)

My sympathies for the hours you are keeping. I do that too when my goats are kidding. I hope they all do fine. Those babies certainly are adorable and make the sleep disorder worth it.

I want them all the. The spotted ram lamb looks like a ham! :)

As usual, very nice lambs. And for babbling......I've been doing it for weeks now, so it's nice to have someone else in the club.
I haven't slept for more than 3 hrs at a crack for 3 weeks.
It's a good thing we have an entire year to forget about it.