This morning when I went outside to feed the crew, I saw the full moon still hanging in the western sky sinking slowly to the horizon. As we all know by now, I am easily amused, so I felt it necessary to capture a photo.
I really need to have a camera that I can leave out in one of the barns and have it handy for such an occasion. Often, I start making my way out to do chores, and then I see something that I feel compelled to photograph...something important...like a cool bird, or a bug, or maybe something really spectacular like a cool bird with a cool bug. Then I have to run back to the house to retrieve my camera. I think it used to freak Gary out when I would come running back in. He would look startled, and in a worried voice ask, "what's the matter?". Knowing me like he does, he was certainly imagining that in the short time that I was outside, I somehow managed to impale myself on something, or at the very least severed an appendage. Now, after years of training, he just rolls his eyes and hands me the camera. 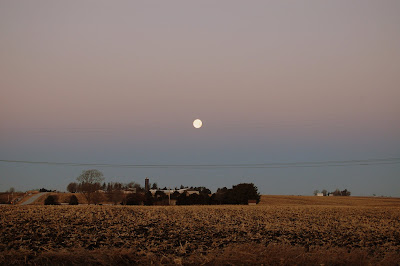 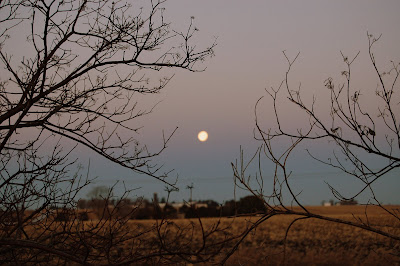 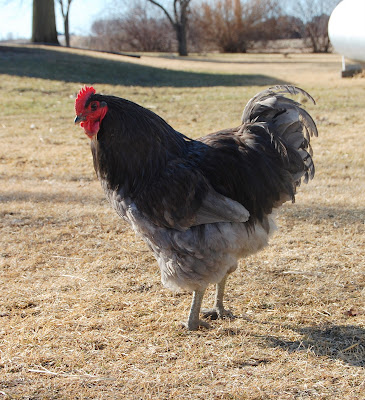 This guy is a Blue Splash Orpington...he needs to find a new home. 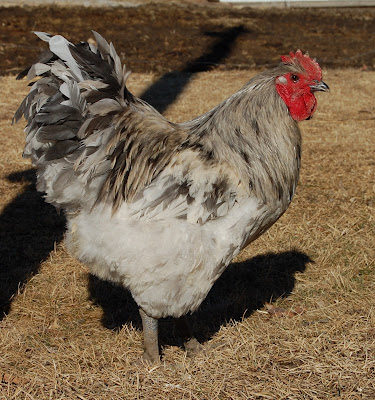 Rooster Cogburn was just kind of hangin' with Emma.... 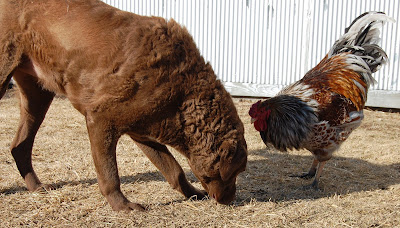 Until the other two roos started puffing their chests and....well... acting cocky. 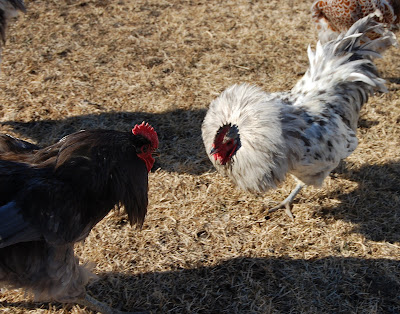 Then, Rooster Cogburn apparently did not like the fact that the other boys were posturing at each other, and decided to distract them with his interpretation of the Chicken Dance....Enjoy..
(or not). 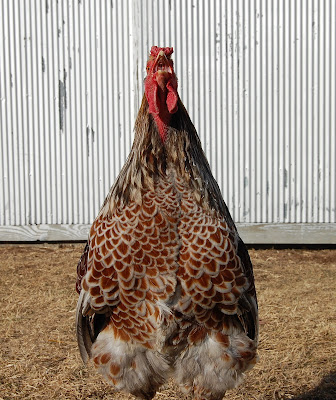 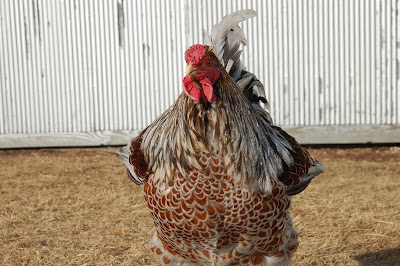 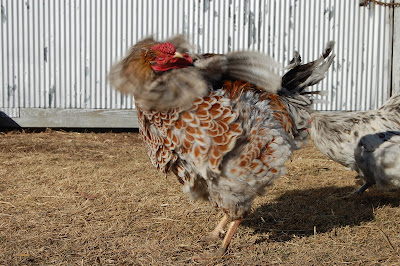 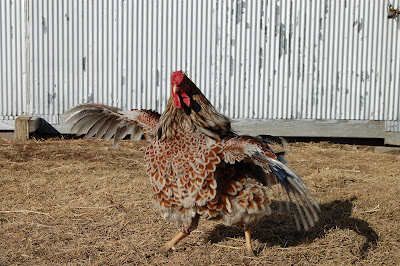 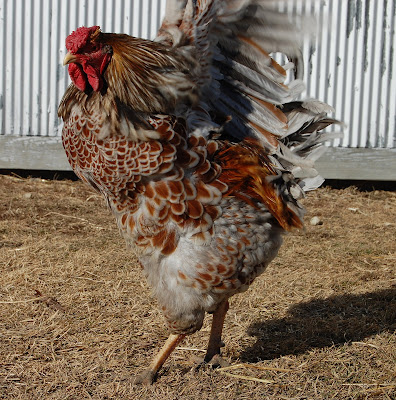 Sorry, spelling was bad in the first post. I know what you mean by not having a camera when you want it. That rooster sure can "cut a rug".

Oh Cool!!!!!!! Maybe my hen and Rooster Cogburn could get together!

Too funny - what great pictures you got! Very handsome roos too. I wish I needed a roo, I would take the blue one in a heartbeat!

I'm with Claire on taking that handsome blue roo if I needed one (and you were a LOT closer! :-) But Rooster Cogburn is the best-looking boy by far, and talented to boot. Get that roo an agent!

You have some gorgeous roosters!

I'm still amazed by the education I'm getting from my favorite blogs - I had no idea chickens (especially roosters) could be so beautiful!!!

If it were legal, I'd take that fellow in a flash and not worry about alarm clocks anymore.

Loved the dance..very swooshy, he is!

Thank you - you brightened my day no end with your very handsome and talented roosters.

I know what you mean about the camera thing. I have a little point and shoot that lives in my jacket pocket for 'emergencies'!

I am always heading back to the house for my camera!

I love Rooster Cogburns chicken dance...I'd like to take some lessons from him! :)