I have not posted much about Ande as of late and I often get questions about how he is doing. For those of you who may be new to this blog, Ande is one of our fearless guard llamas and he is responsible for keeping the flock of sheep safe from predators.

Here he is in all of his regal glory. 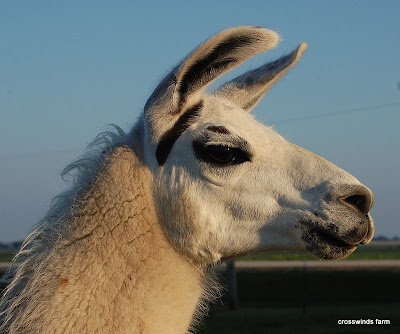 Today we had a family gathering at our farm and my nephew brought his dog along. The unfamiliar dog immediately drew the attention of  the dedicated guardian of the flock and he went right to work....sort of.
Ande is in this picture somewhere.....oh, yeah, that's him, hiding behind the barn. 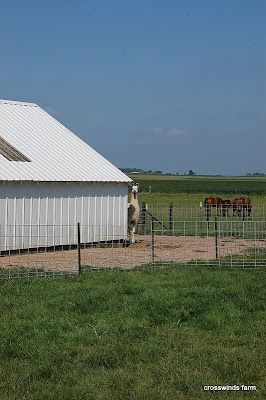 OK, now he is going to get to work and show that dog who is boss! 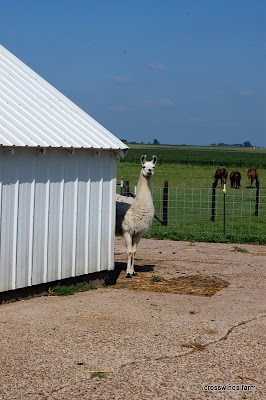 He just needs to get a little closer to assess his options.....of course leaving a couple of fences in between him and the vicious canine until he plans his strategy-then he will move in for the attack. 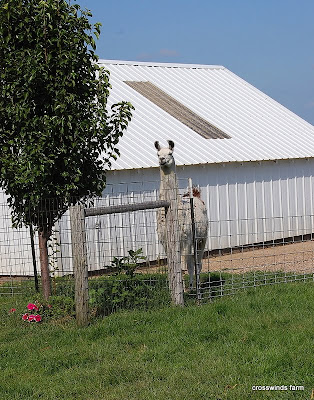 Maybe he thinks he will have a better advantage from this angle....behind the sheep, in the far corner of the pasture. He probably should let the sheep check out the dog first, and then he'll make his move. 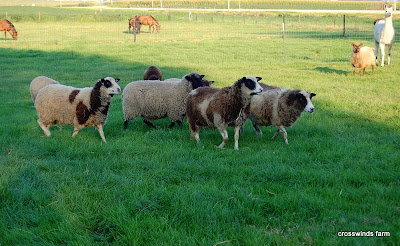 I am not sure how Ande's strategy of running in the opposite direction of the intruder is going to save my sheep in the event of an attack, but Ande seemed to think this was the best alternative to confrontation. 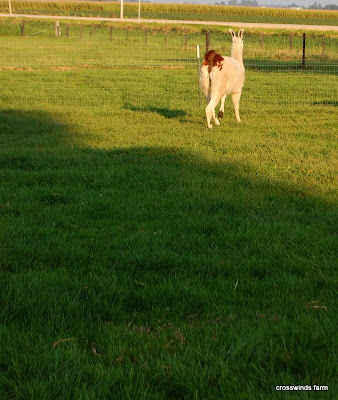 And where is this terrifying, vicious beast that has driven away such a brave and noble creature? 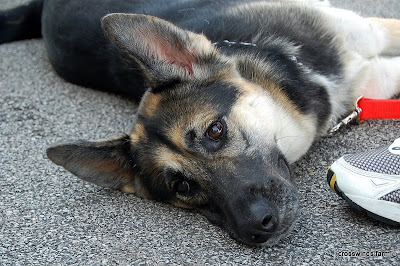 Email ThisBlogThis!Share to TwitterShare to FacebookShare to Pinterest
Labels: Ande

great post, so cute!i love the pic of him peeking around the barn:)

lol--fearless for sure
about the same as our livestock guardian dog
but we must believe in times of true danger they will come through...right? or at least show everyone the quickest way outta dodge!

oh that gs pup is ADORABLE!!!
we are taking in a litter of 9 gs/mix 6 week old puppies to foster if you feel you need one...or know anyone who does...

I'm sure that you sleep soundly all night long, knowing that Ande is on duty!

Guarding the flank is a very important job. Love the shot of him peaking around the barn. Brave, brave llama.

LOL very brave from such a brutal beastie (pretty dog by the way). Maybe he is just lulling them into a false sense of bravado so he can scare them away :)

How funny! My guard llama doesn't want to be near the goats-he hangs out with the cattle.